OUT OF PLACE Conservatory Showcase

Under the pressure of an impending exam that will determine the fate of her career as a concert pianist, Hui practices frantically that nearly pushes herself over the edge. Her fear of failure and disappointing her mother leads to Hui’s lying to her mother on the phone. After “failing” the exam, she gets involved with Sebastian, the class prodigy, only to be deserted right after. In a state of mental breakdown, she receives a call from her mother, which gives her strength.

Meanwhile, Chamo, the house painter living next door, notices his wife has been having an affair back in Mexico. At work, he gets into a fight with his co-workers, defending his wife’s honor. When a young woman cares for him and shows affection, he almost gets involved in the relationship. But a song, shared between his wife and him, comes on the radio, pulls him back to reality. He calls his wife in hope of reconciliation.

When the heartbreaking day is over, the two neighbors accidentally meet outside of the apartment building as they share a smoke. 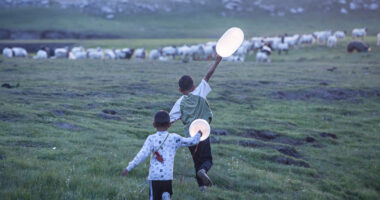